Uses of Nanotechnology on Surfaces for Military Applications – HDIAC

Uses of Nanotechnology on Surfaces for Military Applications 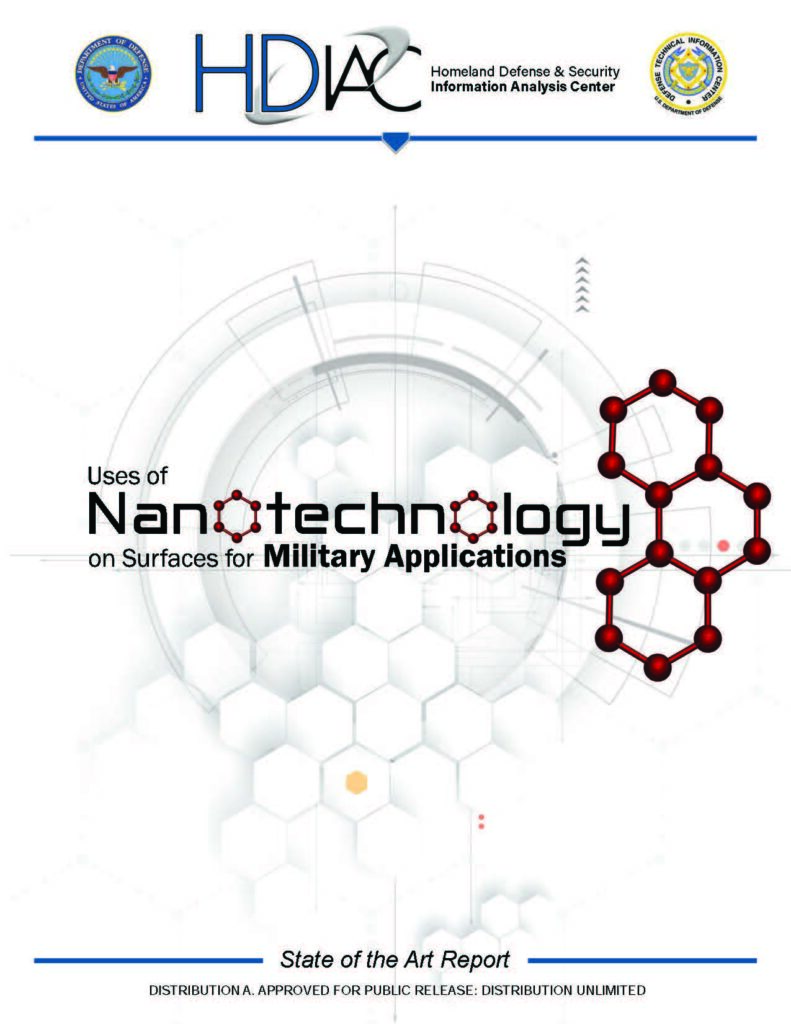 Nanotechnology is the manipulation of matter at an atomic level to produce new materials, referred to as engineered nanomaterials. Particles at this scale typically range in sizes from 1 to 100 nanometers (nm) in at least one dimension. A nm is one-billionth of a meter. To put this into perspective, DNA is 2 nm wide, and a human hair is approximately 50,000 nm wide. At this scale, the physicochemical properties of particles behave very differently than larger particles of similar composition. The characteristics of these particles make them highly desirable for certain applications. One of the most exciting developments of engineered nanomaterials is in surfaces used for military purposes. The Department of Defense (DoD) is scheduled to spend more than $130 million on nanotechnology research in Fiscal Year (FY) 2017. The National Nanotechnology Initiative (NNI), a major federal nanotechnology research initiative, directly supports eight DoD research and development (R&D) organizations. The DoD has been a member of the NNI since its inception in 2000; however, the state of nanotechnology and its incorporation into defense strategy has changed over the past 16 years. Although the majority of nanotechnology research is still many years away from being commercialized for practical use, some current applications of engineered nanomaterials and some late-stage research show promise for enhancing the performance of military products. Because surfaces almost exclusively dictate the functionality of an object and often can be modified with great success, nanotechnology and nanomaterials are increasingly important to the military. This state of the art report (SOAR) provides the DoD with an overview of some of the most promising new- and close-to-market nanotechnologies with military applications, along with a compendium of practical knowledge that can be used to develop a research strategy and streamline acquisition of new nanotechnologies and materials.