Thermoelectric generator (TEG) devices have emerged as viable alternatives for certain power generating applications. Because TEG technology is able to produce power from low-grade or waste heat, such as that obtained through body heat harvesting, it is of growing interest to the military and individual users. This technology has garnered attention for its ability to power wearable sensors and electronics, eliminating theneed for and subsequent use of batteries. 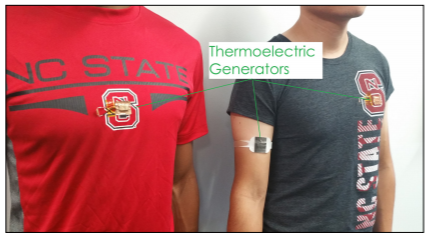 Figure 1: Demonstration of how TEGs are worn. (Released)

A TEG uses the temperature difference between the body and the ambient environment to produce electric power. However, several conditions must be maintained to ensure wearable TEG efficiency. Namely, heat from the body must be directed into the generator with minimal loss; the generator must be designed for maintaining a high temperature differential across the thermoelectric material; and the generator must have a small weight and form factor for comfort on the body.

The development of flexible TEGs for wearable applications was a major innovation in body heating harvesting, and several prior studies have demonstrated this concept. [7,8,9,10,11,12,13,14] A flexible TEG provides better contact between the generator and the skin, resulting in smaller thermal interface resistance and, consequently, a larger temperature difference across the TEG. Although the form
factor of the flexible device was suitable for wearable applications, the overall power densities were in the range of sub-microwatt per square centimeter, which was too small to power up sensors or electronic circuits. Several fundamental problems in their construction at the material, device or system levels resulted in low performance. [15]

For example, methods such as printing, spraying and molding cannot be used to construct TEGs, as they often result in low quality thermoelectric materials, impacting the TEGs operational effectiveness. At the device level, a wearable TEG gen erally suffers from a small temperature difference between the skin and the ambient environment. In order to maximize the temperature differential across the TEG,
a small fill factor and large TEG thickness are preferred. [14] A very thin TEG cannot maintain a large temperature differential,resulting in poor performance.

Moreover, it is important to minimize the parasitic heat conduction paths so heat from the body goes into the thermoelectric material and is not wasted by going through other unwanted paths. In order to
accomplish this, it is imperative to leave empty space (air or vacuum) between the pellets. Any filler material that has higher thermal conductivity than air can introduce a parasitic heat transfer path and
impact the TEG performance. Therefore, flexible TEGs implementing polymeric fillers, such as polydimethylsiloxane, significantly suffer from such non-ideal effects. At the system level, overall efficiency must be considered — not just that of the TEG. Since the TEG voltage is often small (in
the millivolts range), it has to be amplified before it can be used. DC/DC boost converters are often used to amplify the voltage. However, their efficiency is a function of the input voltage. In particular, a higher

TEG voltage results in higher system efficiency. For this reason, the TEG must be made of many thin, long pellets oriented in series. Flexible TEGs often have a low density of pellets, and due to their construction, suffer from non-optimum pelletgeometry.

Integrating a TEG into clothing or wearable technology poses additional challenges related
to various factors, such as the wearable size and weight, effective capturing of the body heat, providing air flow with respect to the TEG, basic human anatomy and respective type of clothing for a man or woman, and the appropriate placement of the TEG on the body considering both the comfort and efficiency.

Addressing these challenges, researchers at the NSF Nanosystems Engineering Research Center for ASSIST have developed a new wearable TEG that enables integration of highly efficient thermoelectric
materials with optimum geometries and combined them with thin and light heat spreaders as shown in Figure 2. In this design, heat spreaders were mounted at the top and bottom of the TEG. The top heat spreader provides better heat dissipation and cooling, and the bottom heat spreader conducts body heat into the thermoelectric material. These functions enhance overall TEG performance, including durability for wearable applications and integration within clothing. TEGs were integrated into wearable bands and a T-shirt, and the devices were measured at different body conditions. The generated power reached approximately 20 microwatts per square centimeter (µW/cm2) at normal walking speed (~1.4
meters per second), which is sufficient to turn on low-power wearable sensors such as accelerometers, electrocardiogram sensors and ozone sensors. The power consumption of those devices are 10, 50 and
150 µW, respectively, which can be provided by a TEG with an area of 0.5, 2.5 and 7.5 cm2, respectively. The small footprint of this TEG allows for integration into a variety of wearable devices. 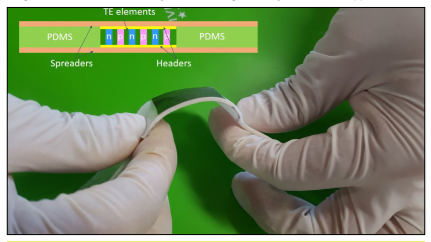 Figure 2: A TEG integrated in between flexible heat spreaders. (Released)

TEGs were further tested on various parts of the body including the upper arm, wrist and chest. [16] Results show the upper arm area generates more power compared to other tested parts of the body. Less significant power generated at the wrist area can be attributed to wrist contours that prohibit complete TEG-to-skin contact. The chest sensor lacked air flow, which resulted in a smaller temperature difference across the TEG, generating less power output.

Although it produced the lowest level of power, the TEG integrated into a T-shirt was the most convenient and comfortable design, still producing useful power in the range of 2-8 μW/cm2 — depending on walking speed.

Although batteries are the most familiar, widely-used power sources, there are ongoing efforts to replace them with permanent sources of energy, including research conducted by U.S. Army Program Executive Office Soldier. TEGs generate energy by harnessing body heat, producing consistent, reliable electric power from the temperature difference between the body and the ambient environment. The aforementioned TEGs are small and lightweight, enabling integration into clothing
and wearable sensors.

1. Robinson, P. (June 10). What do soldiers carry and what does it weigh? [Blog post]. Protonex. Retrieved from https://protonex.com/blog/what-do-soldiers-carry-andwhats-its-weight/ (accessed May 5, 2017).