Our research objective is to develop novel small molecule, broad-spectrum therapeutics against viral infections caused by high priority, bioterror pathogens, including filoviruses and arenaviruses. Currently, there are no Food and Drug Administration approved products to effectively combat severe hemorrhagic fever syndrome induced by several of these deadly viruses, including Ebola, Marburg and Lassa fever. Our innovative approach to develop host-oriented inhibitors that could prevent disease transmission and spread will fill a significant unmet need and will lead the way in identifying first-in-class life-saving therapeutics for these highly devastating, Category A, high priority pathogens.

The expectation is that targeting a cellular protein, instead of a viral target, will greatly diminish or eliminate the frequency of drug resistance-conferring mutations that can occur. If this approach provides potent viral inhibition without toxicity to normal healthy cells, it will facilitate further investigations into the targeting of cellular proteins, so-called host cell factors, for other viral diseases and may lead to a class of better antiviral drugs. Because all viruses, to one extent or another, are dependent on host cell factors for their life cycle, the approach should be applicable to nearly all viral pathogens.

Our anti-viral product that targets Ebola, Marburg and Lassa fever is expected to be used for treatment of infected individuals as well as in prophylactic treatment of soldiers, health care workers or others at high risk. We postulate that emergency administration of such an antiviral therapeutic during an outbreak would both inhibit virus dissemination in infected individuals and reduce the spread of infection, thus slowing disease progression, allowing for more effective viral clearance by the immune system and preventing further viral transmission. As these host-oriented inhibitors are broad-spectrum, they will likely be effective against newly emerging viruses or viral variants. Since these virus-host interactions represent a common mechanism in a range of RNA viruses, we predict that they represent an Achilles’ heel in the life cycle of many RNA virus pathogens.

Value of the Project

This project represents several important value propositions to both the military and to the general public. First and foremost, is the ability to save the lives of people infected with the types of viruses targeted by this drug, namely Ebola, Marburg, Lassa fever and Junin viruses. Currently, there are no approved products, or any medical measures, which effectively combat virally induced
hemorrhagic fever syndrome. HFS is a usually fatal result of viral infection where the infected individual rapidly succumbs to the infection as a result of widespread internal bleeding and organ failure.

Our scientific approach contains several elements that make important contributions to the development of antiviral agents. Chief among these approaches is the targeting of a host cell factor(s) necessary for the virus to be released from an infected cell and disseminated throughout the individual. Nearly all antiviral drugs that have been developed to date target a viral protein essential for virus replication. The continuing problem with this approach is that a great number of viruses are able to quickly mutate to overcome the inhibitory effects of the drug. RNA viruses, which include some of the most pathogenic viruses known, including Ebola and Lassa fever viruses, are especially adept at developing resistance-conferring mutations.

Virus Egress as a Target for Host-Oriented Therapeutics

Late (L) domains (PPxY and PTAP) are short amino acid motifs that are highly conserved in the matrix proteins of a wide array of RNA viruses (e.g., filoviruses, arenaviruses, rhabdoviruses, paramyxoviruses, henipaviruses and retroviruses). [1] Notably, independent expression of filovirus VP40 or arenavirus Z matrix proteins leads to the production and egress of virus-like particles
that accurately mimic budding of live virus, and PPxY L-domains within these matrix proteins play a central role in promoting efficient VLP and virus egress. [2,3,4,5,6]

Moreover, efficient egress of VLPs depends on viral L-domain mediated recruitment of host proteins required for complete virus-cell separation or pinching-off of virus particles from the cell surface. [7] For example, recruitment of WW-domain containing cellular E3 ubiquitin ligases (e.g., Nedd4 and ITCH) associated with the host ESCRT1 complex (endosomal sorting complex required for transport) by the viral PPxY L-domain motif is critical for efficient budding of filoviruses, arenaviruses and rhabdoviruses. Based on the critical role of this viral-host interaction during budding, we have used a multifaceted approach to identify, develop and validate two independent series of PPxY budding inhibitors as potent, broad-spectrum antivirals. [8,9,10,11,12,13] 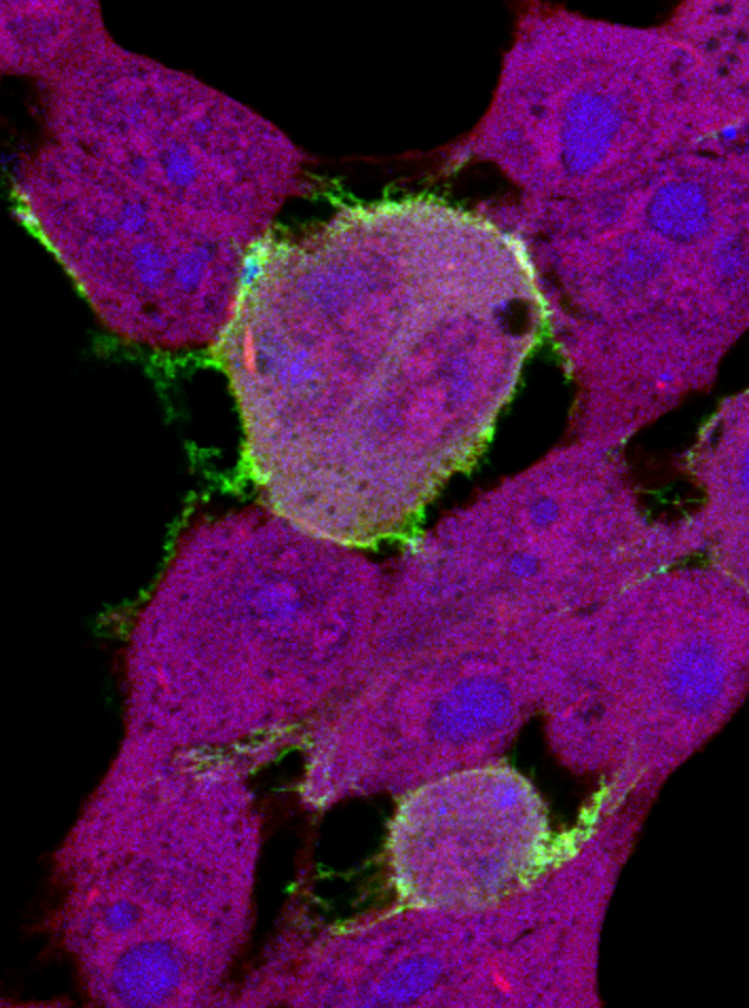 Our strategy represents a new approach toward the treatment of viral infections in that the target of the drug action is a cellular protein rather than a viral target. Concerns regarding the use of host cell-targeted agents due to potential toxicity resulting from inhibition of host protein function are reasonable, but the redundancy present in most cellular functions and a much higher barrier to the development of resistance to antiviral activity may offset these concerns.

Our main objective is to exploit the viral PPxY–host WW domain interaction to obtain broad-spectrum antiviral therapeutics and find suitable chemical equity to move to a full-fledged drug discovery program. Toward this end, we have discovered two series of novel agents that potently interrupt the host Nedd4/viral PPxY interaction, thereby inhibiting viral budding and proliferation. [8,11]

We have made substantive progress in identifying structure activity relationships and improving upon potency for our lead inhibitors 4 and 5. [8,11] Our most potent compounds to date show strong inhibition of Ebola and Marburg VP40 VLP egress as well as inhibition of infectious Ebola and Marburg virus egress at nanomolar concentrations. Moreover, these compounds have in silico properties (MW, cLogD, etc.) and experimental oral drug properties (e.g., metabolic stability) that are predictive of oral drug delivery. [8,11]. We will continue to optimize our lead series to find orally active and safe preclinical drug candidates.

Eventually, we will transition one or more full-qualified PPxY inhibitors into more detailed investigational new drug-directed pharmacokinetic, pharmacodynamic and toxicity studies. Successful completion of these goals will provide a comprehensive package to support advanced development, efficacy testing in nonhuman primates and an IND submission for Phase I safety testing in normal volunteers.

There are no approved drugs for the treatment of filovirus or arenavirus infections. Infection with these NIAID Category A pathogens rapidly leads to a hemorrhagic fever syndrome with high rates of fatality. Our lead compounds have shown encouraging antiviral potency in VLP, surrogate virus and live virus assays and mechanistically block a critical interaction between the filoviral VP40 matrix protein and host E3 ubiquitin ligase Nedd4. Our lead compounds possess drug-like properties that are amenable to modification to improve their potency, selectivity, metabolic profile and physio-chemical properties. This work is the result of a multidisciplinary team of established scientists with strong complementary skills in viral biology, virus-host interactions, live cell imaging, medicinal chemistry and drug synthesis and development.